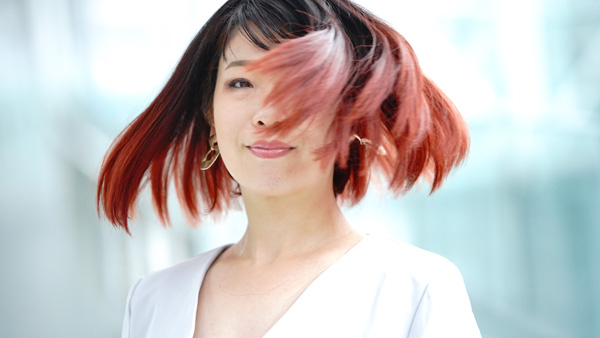 [Period] August 31 (Tue.) to September 5 (Sun.), 2021
[Hours] Weekdays (Mon. through Fri.) 12:00-19:00; Weekends (Sat. and Sun.) 12:00-17:00
Exhibition rooms A and B
[Admission fee] Online ticket: 800 yen  Same-day ticket 1,000 yen
(Same-day tickets will be issued when online tickets are available.）
In order to prevent coronavirus infection from spreading and in consideration of health and safety of the audience, advance online reservation (for a ticket for a designated date/time slot) is required for admission. Tickets will be available on August 22 (Tue.), 2021 at noon (12:00 p.m.) on the ticket sales page linked from the Vanilla Gallery website.
From the viewpoint of infection prevention, opening hours may be changed.
Those who only intend to purchase goods and merchandise will not be admitted.

Epithesis is unlike artificial arms or artificial legs used to support human functions that are congenitally absent or have been lost or degraded due to disease, accident, or any other reason, but rather a physical orthosis focused more on the aesthetic aspect.
Epithesis, which was invented in the late 18th century, was originally produced using materials such as ceramics, rubber, celluloid, and gelatin. Since around 1945, silicon have been used as the main material.
As an ornament that brings deeper meaning mentally, in addition to supporting physical conditions, it is commonly used in western countries and is now gradually becoming popular in Japan.
In this exhibition, focus is place not just on epithesis itself, but also on users and producers to broadly provide an overview of its social significance.

I first found out about epithesis when I traveled to the U.S. to visit a university hospital as a dental technician. There I witnessed the production of a “realistic mask” specifically for a man of late 20s who appears to be a former soldier and has lost his left eye, ear, and cheek.
Back then, I was thinking that even if a person’s appearance has changed due to accident or disease, it can be completely restored once he/she goes to a hospital, and the use of epithesis is limited only to countries in war.

However, when I returned to Japan and met an old friend who has lost her left breast due to breast cancer, she told me her story that the large scar left after the surgery brought her physical and mental pain. Because of it, she could no longer go to hot springs that she used to love and suffered depression afterwards. She said that she was told at the hospital “You should be thankful that you are alive and should not mind about your appearance”. This word weighed heavily upon her.
It was an event that made me deeply understand the mental damage from losing part of one’s body and a social barrier based on one’s appearance. I had doubts about the fact that the information reflecting the physical conditions of the person concerned does not reach him/her, and made up my mind to pursue a career to produce epithesis, hoping that the skills I have developed can help bring a smile to the friend and those who are worried and distressed just like her (the skills of dental technicians and that of producing epithesis are somewhat similar in part).

The epithesis I am seeking is an ornament that people who have lost part of their body can wear as a stylish fashion item without having a complex about their body or feeling a sense of discomfort.

The reason I decided to hold an exhibition is to have as many people as possible know and feel closer to epithesis and enjoy it as a fashion item. (TAMURA Masami, Epithe-Miyabi Co., Ltd.)

1982 Born in Gunma Prefecture.
2003 Graduated from a dental technician college and employed at a dental technician’s office.
2005 Traveled to the U.S. and came across epithesis.
2007 Returned to Japan and employed at a dental clinic.
2017 Established Epithe-Miyabi.
2018 Formally incorporated Epithe-Miyabi and moved into Tokyo.
2019 Established the general incorporated association PRESSPAGE.
Also started the epiteschool.
2020 Started the online epiteschool.